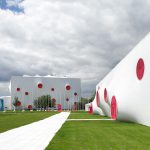 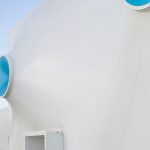 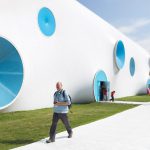 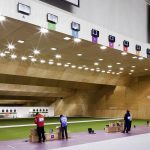 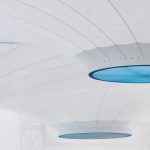 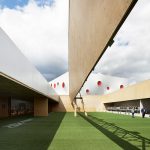 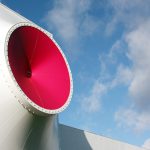 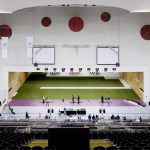 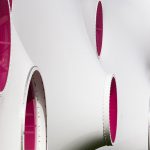 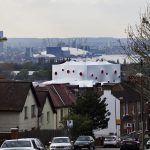 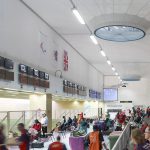 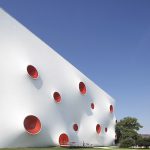 The award winning London 2012 Olympic and Paralympic Games sport shooting venues became widely recognized for their iconic for their color struck, fresh and light appearance which embodied the festive and celebrative character of the Olympic spirit. Over the course of the games, more than 200,000 visitors partook in over 150 events hosted between the three, 14,000 m² orange, pink and blue dotted buildings.

Shooting is a sport in which the progress and results of the competition remain largely invisible to the eyes of the spectator. The design of the shooting venue was driven by the desire to evoke the rhythmic flow and precision inherent in the sport through the lively curvature of the space. The three ranges were skinned in a crisp white, double curved membrane façade studded with vibrantly colored openings. In addition to animating the façade, these dots operated as tensioning nodes to distribute the forces across the skin and in turn reduced the requirements on the steel structure. Stretching the 18,000 m² of phthalate-free pvc membrane evenly distributed the wind load and prevented the façade from flapping, with the openings also serving as doorways at ground level and ventilation intakes above.

The shooting venue had its own Olympic location in Woolwich on the grounds of the historic Royal Artillery Barracks. The three buildings comprised 3,800 seats divided between two partially enclosed ranges for the 25 and 10/50 m qualifying rounds, and a third fully enclosed range for the finals, forming a campus on the green field.

The Olympic Delivery Authority maintained stern requirements for sustainability, which became a key factor in shaping the design. All materials were either reused or recycled. All three of the venues are fully mobile, with every joint designed for reassembly. Additionally no composite materials or adhesives were used. The semitransparent facades on two of the three ranges reduce the need for artificial lighting and the openings provided fully natural ventilation. The tensioning detail was achieved through an inventive configuration of standard, modular components commonly used in temporary buildings. The double-curvature geometry was optimized to maximize the tensile strength of membrane material. These technical requirements, married with the desire to create an elegant and airy structure, gave birth to the design of the buildings.

Westminster Society Biennial Award for a Contribution to Urban Vitality