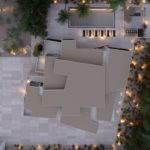 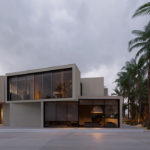 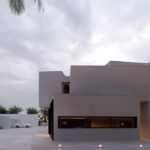 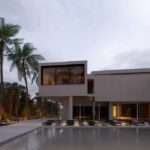 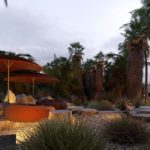 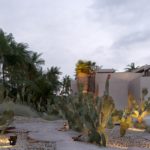 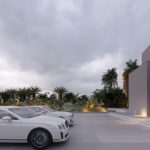 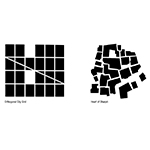 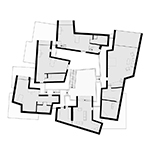 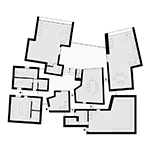 Medina, the Arabic word for city, inspired the design for a private villa in Sharjah, United Arab Emirates. The experience of walking through the urban fabric of the traditional old city with its narrow, twisting passages and sudden openings into small squares inspires the villa’s design. In the Medina Villa, light slips into the gaps between the building’s volumes, while preventing direct views inwards. A rereading of the historic urban fabric creates a Villa which preserves the cultural traditions of privacy in the Arab world, rendered in a contemporary expression.

The idea driving the design of Medina House arose from the study of the historic city centre of Sharjah. A maze of small streets and narrow alleys reveals surprising new spaces as one turns a corner into the one of Sharjah’s many hidden squares. The city as a whole remains elusive.

For the design of the Medina Villa we have applied the lessons taken from studying the city’s fabric. By staggering the corners to conceal views outwards we have created privacy within the house. Individual volumes are grouped around a central void, interlocking to prevent direct views into the building, while light bounces into the space through windows around the bends. This filters and diminishes the harsh sunlight of the region to create a soft, gentle glow within the home.

The outdoor pool is framed by a large opening inside the house facing the garden. The upper floor follows the same principle, with the volumes shifted to create internal mezzanines and exterior balconies. The Medina Villa materializes local customs of privacy within a home and while allowing the family to share the space, creating a home that functions as a city. The design will be built in a newly developed part of Sharjah that is currently desert.